Firefighters in a small Oregon city acted quickly to rescue a wet, chilly dog who was stranded in a canal Sunday evening. Now, the rescued pup is back with his family!

The Lebanon Fire District posted the tale to its Facebook page, saying its firefighters were called to the Albany-Lebanon Canal a little past 8 p.m. after a pair of passersby noticed the poor mixed-breed pup stuck near piling support.

Upon arriving, the rescuers noticed the dog seemed to have an injured front leg and decided that some firefighters would need to enter the water—donning protective dry suits, helmets, and personal flotation devices—to pluck the pup out.

Lt. Michael Maynard and Engineer Corey Knipstein entered the canal and soon reached the dog, the Facebook post read. They were able to attach a strap to the 40- or 45-pound dog in case he escaped their grasp and floated downstream, but that proved unnecessary. The rescuers were able to carry the friendly dog to shore. 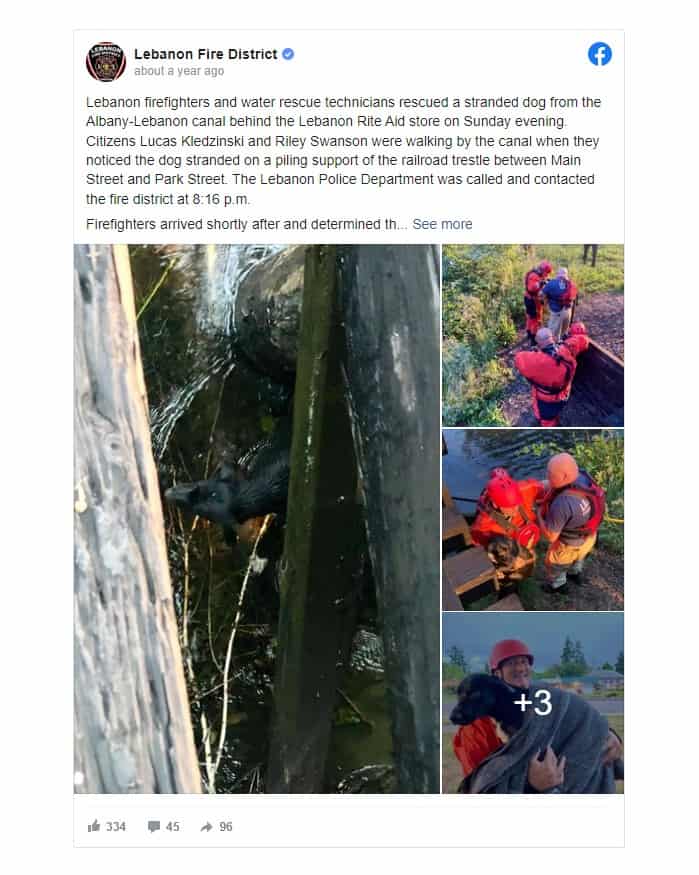 The dog was taken to the nearby River’s Edge Pet Medical Center to get checked out. Thankfully, his owners showed up Monday to pick him up, probably after seeing his story posted on social media. Thank goodness! Remember, water can be dangerous for dogs, especially for ones who might not know how to swim. So always keep a close eye on your pups when you’re near a river, canal, or lake, and make sure you have a doggie life jacket on hand. 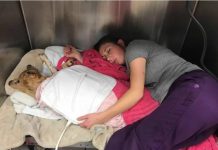