Samantha, from Whitehorse, Canada, shot this video of her dog throwing a hilarious temper tantrum. The dog, named Lupe Johnson, is a Chihuahua-Dachshund mix, and she forgot her favorite ball outside on their lawn. It turned out that Lupe’s favorite toy was just as fun for this wild fox that found it and all poor Lupe could do was watch from afar as the frisky critter romped around with her ball.

Lupe growls and barks in jealousy as the fox tosses, rolls, and pounces on the ball, having the time of her life. But the fox couldn’t care less because she’s too busy playing with her lovely new ball! In between all the fun, the fox even stops and throws a gloating look Lupe’s way before continuing with her playtime. 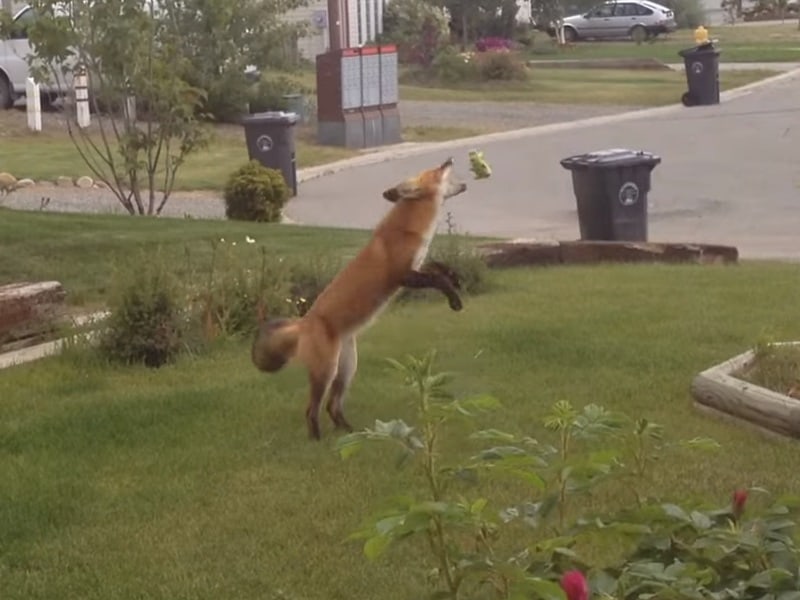 Poor Lupe is stuck inside the house where all she can do is watch and stew in jealousy!

To watch Lupe’s hilarious reactions, click play on the video below.