Dogs are incredibly playful creatures — that’s why they make such great companions. They love running, jumping, and playing with toys and other animals.

Plus, dogs have incredible instincts. They know without thinking whether they’re safe or not.

One dog definitely gave his owners a scare when he decided to play with an unlikely friend.

The dog, who was riding in the car with his owners, needed a break from sitting, so his owners pulled over to let him stretch his legs. They stopped on an empty road by some woods, and the dog immediately decided to take a quick dash through the woods to get some exercise. 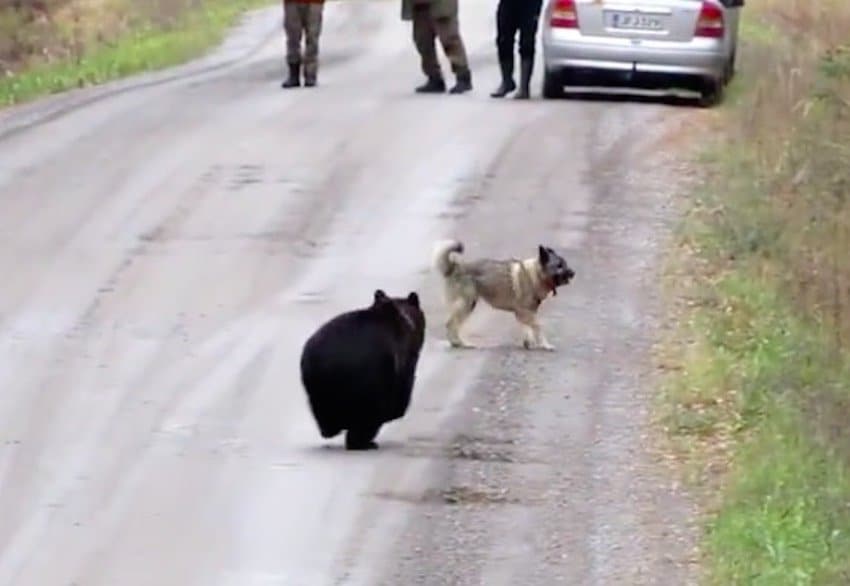 As the owners watched the tree line waiting for their dog to return, they were stunned to see a black bear run out of the woods!

Just behind the bear was the dog, running playfully after the wild animal. When they reach the road, the bear stops running and turns to chase the dog instead. 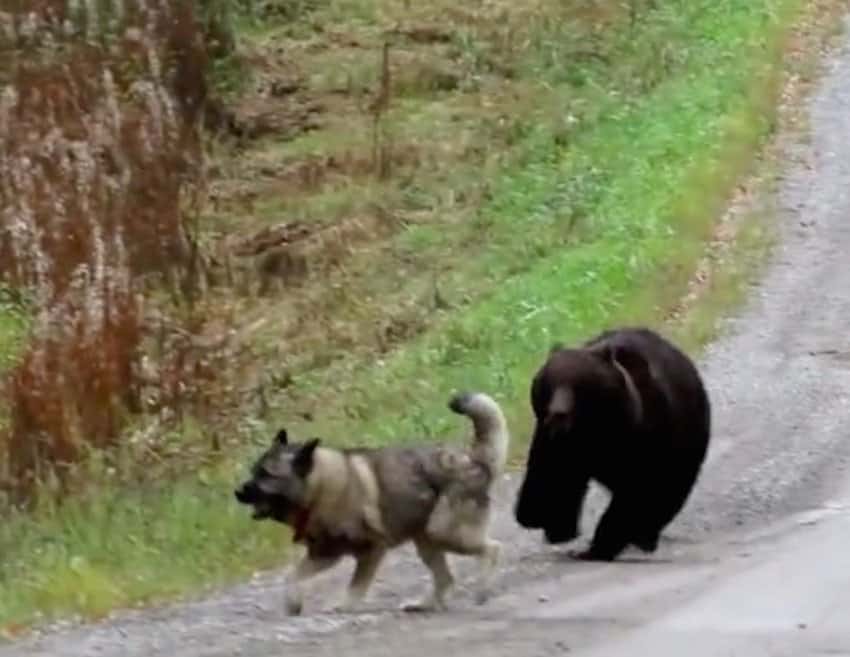 The owners are amazed by what they’re watching, but the amazement quickly turns to fear when the bear starts to run toward them. Luckily, the bear changes direction at the last moment and runs back into the trees! 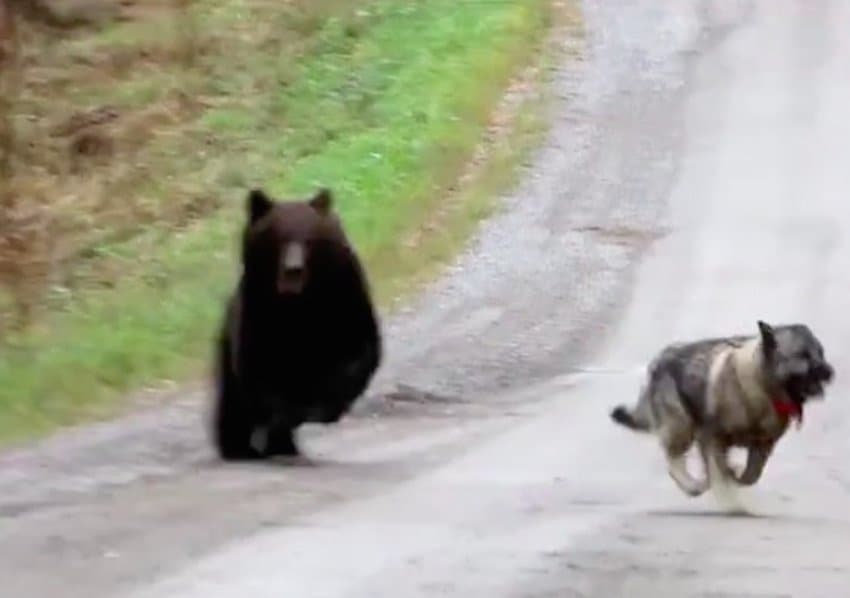 Once they were safe, the owners realized they had some pretty incredible footage. Take a look at the video below to watch it for yourself!