Grooming sessions with pets can either be a joyride or a nightmare. While some pets tolerate getting washed, brushed and cleaned up, others try every trick in the book to avoid these sessions. 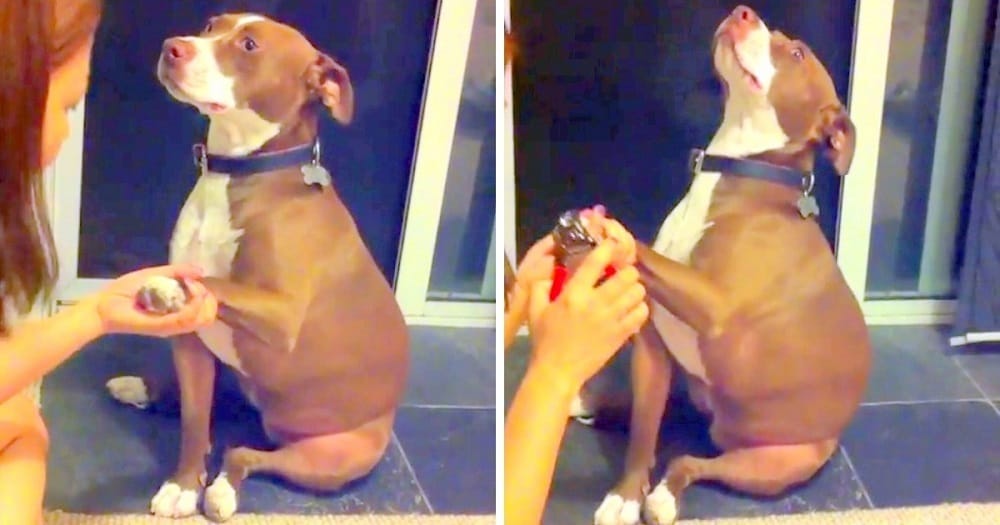 The Pit Bull in this video has a very pronounced dislike for nail-clippers. The poor Pit Bull here just sees it as a lethal machine, and wants to avoid it at all costs. So when Mom tells her Pit Bull that it’s nail-clipping time, the traumatized dog’s first instinct is to ignore Mom.

But Mom just takes his paw in her hand and starts clipping his nails. That’s when we see the Pit Bull kick his theatrical antics into overdrive! He starts leaning backwards in slow motion until he slowly falls flat on the floor with his limbs frozen in the air! 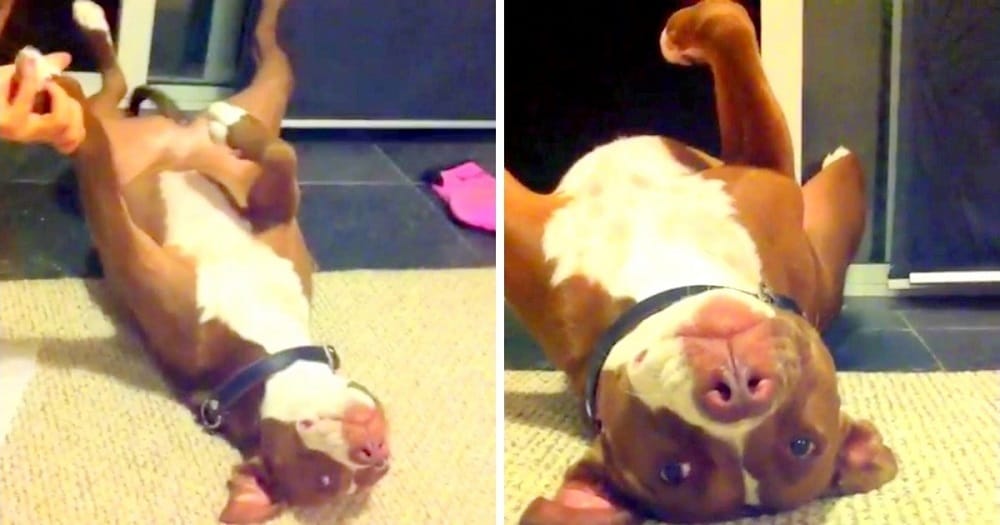 However, Mom “heartlessly” carries on with the clipping business. So the poor dog makes the saddest eyes at the person filming him, begging to be rescued! While his dramatic performance might not have saved him from the horrors of nail-clipping, it is definitely worth an Oscar! How cute!

Click the video below to watch the Pit Bull’s over dramatic attempt to faint to avoid getting his nails clipped!