Have you ever seen someone still receiving gifts after 100 years of their death? 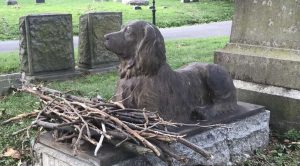 Well, this story is about such a wet-nose named Rex. We know dogs are the most intelligent and loyal pets you have. Rex is a dog who died over 100 years ago. But the fact is the residents of the city still remember the kind dog that was the pet of a kind food seller, John Snow. 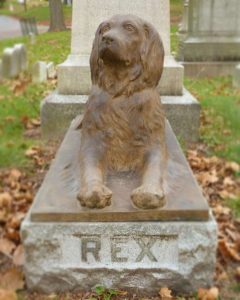 Rex was the loved pet of his owner and, they even didn’t separate after their death. The loving dog rests next to John in the Green-Wood Cemetery in Brooklyn. He was the “American Hachiko” who always loved his owner, forever!

The grave consists of a life-size bronze copy of Rex as a tribute to him made by the residents. 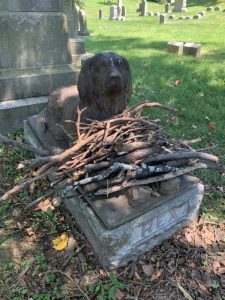 Recently a photo from his grave appeared on Twitter. It shows that the townspeople still leave sticks and small branches of trees next to his monument. It went viral and, most of their question was, why are people doing this?

And later, someone from Brooklyn commented and explained that the sticks are a tribute to a special dog that their grandparents tell them about. 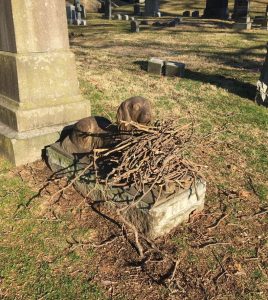 Also, the residents who have lost their pets come to Rex’s grave, put sticks in his bronze paws, and ask him for a favor. To look after their loving missed pets until they meet them again! Hope he is doing his job great with those loving pets in heaven! Rest in Peace Rex! You will be loved by them forever!