One snowy day in Siberia, a local resident got up to leave his house. A normal occurrence, sure! What happened next will shock you…

Alexey Khaideyev went to open his door, only to realize that something was preventing it from opening. He was able to hear a strange sound through the crack, like a very low growling.

All of a sudden, he knew he had to find out what it was.

Alexey realized that a full-grown Siberian tiger was on his front porch, just lying there exhausted. He panicked and jumped back into his house to call the Ministry of Natural Resources. They quickly sent a team to rescue the tiger and to find out what was wrong with her. Unfortunately, hours would go by before they could get to the house, due to the icy roads. Alexey decided it was better to wait in the house-he didn’t want to dodge a full-grown tiger!

The team finally arrived and gave a tranquilizer to the tiger. She was taken back to the facility and examined. She was found to be exhausted and had a lot of other major health issues. The tiger was about 10 years old and didn’t have any front teeth.

Because of a gum infection, eating had been difficult for her. This was why she was so exhausted!

The older tiger remained calm all through the exam and didn’t give the humans working on her any trouble. It seemed as if she knew they just wanted to help her! The caretakers feel as if that was why she showed up at the door- she simply was looking for help from humans.

It was important for this tiger to live. In Siberia, there are only 500 tigers left in the wild. Since she was a female, she played a very important role in keeping the population going. Her recovery would benefit the whole species.

The tiger seemed to be recovering at the Amur Tiger Center. While she wasn’t able to eat solid food at first, she soon began to enjoy the meat they gave her that was laced with antibiotics. The medics were very hopeful that she was on her way to recovery!

Unfortunately, it wasn’t meant to be. She stopped eating in the weeks ahead and ended up passing away from natural causes. While she didn’t pull through, scientists are seeing a growth spurt in the species. They have high hopes for the future!

Watch this incredible video and get ready for the tears to come!

What did you think of this beautiful video? Do you love Siberian Tigers? Pass this on to your loved ones and friends. 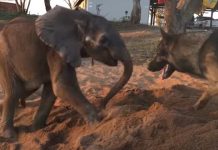 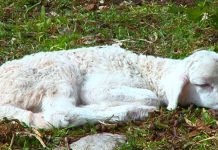 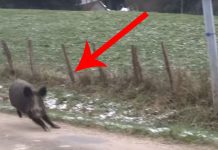 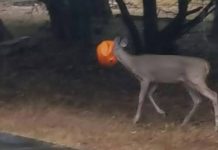